San Francisco’s notorious taxpayer-funded open-air drugs market will close at the end of the year – after the facility that’s said to have cost $19m in taxpayer cash treated just one in every 1,000 users and failed to cut fatal overdose numbers.

The Linkage Center in the Tenderloin, at the heart of San Francisco’s civic center, opened in January and was intended to help the city’s large population of homeless people and drug addicts to find help.

But critics say the site, rented at a cost of $75,000 a month, has failed to curtail the problem in the crime-ridden city, which recently recalled its woke DA Chesa Boudin amid a spike in crimes blamed for a sharp decline in locals’ quality of life.

They note that only 0.1 percent of those using the site were directed to treatment in the first five months, despite the estimated $19 million spent in running costs.

Between January and April, just 18 of the 23,367 drug users who visited the site were referred for treatment.

Furthermore, the rate of fatal overdoses has not declined in a meaningful way: in January the office of the chief medical examiner reported 49 deaths, and last month there were 45.

And the center even went on to quietly drop the word ‘linkage’ from its title, because so few of the drug abusers who visited were being linked to any meaningful form of help.

San Francisco has become a drug-abusing Wild West with syringes littering pavements and drug dealers, selling heroin or the deadly opioid fentanyl, easily recognizable dressed in black with matching backpacks.Above: a person in a wheelchair shoots up, just outside the Linkage Center on January 22

Gary McCoy, the scandal-hit vice president of public affairs and policy at non-profit HealthRIGHT 360, which runs the site, insisted the mayor’s decision would increase overdose deaths.

On Thursday, he tweeted: ‘Despite success in connecting with the hardest to reach folks we’ve failed for decades, this will certainly send folks back into the streets, parks, and isolation w/ increased risk of OD.

‘If we won’t continue to fund this model, I hope we’ve increased $$ for the Medical Examiner.’

McCoy, a former congressional aide to Nancy Pelosi, was previously accused of misleading city officials about what was going on at the facility.

City health chiefs suggested McCoy – who says he lived in the streets while battling addiction in his 20s –  made up numbers to keep taxpayer cash flowing into the squalid money pit.

Gary McCoy, of San Francisco nonprofit HealthRIGHT 360, has been accused of making up the number of people seeking help at the city’s open air drug market by city officials

Part of the linkage center is pictured behind screens in January.It was never intended as an area for drug users to get high – but thousands of them are now doing exactly that

Drone footage shot in January shows San Francisco’s homeless and drug addicted population inside the center, which is estimated to have consumed much of the $10 million set aside to tackle crime in the city’s Tenderloin neighborhood

McCoy was accused by San Francisco public health bosses in February of fiddling the figures for people treated by the site.

Gina McDonald, a co-founder of Mothers Against Drug Deaths (MADD), told DailyMail.com they welcomed the closure of the site, saying that many contractors had made huge profits from its operations.

‘We were all in favor of this Linkage Center, as we were told it was going to link people to services,’ she said.

‘But it turned into this drug den, with people who were trying to get clean and sober besides those openly using.

‘We’re thrilled they are shutting it down.

‘It was supposed to be a place that people could get help and treatment.

‘And it basically turned into an opium den.’

McDonald said that the San Francisco department of health was misguided in failing to push people to seek treatment.She said a more robust policy was needed to encourage vulnerable people to seek help, and tolerance was not the answer.

‘The department of health has taken on this radical harm reduction model,’ she explained.

‘They say they are “meeting people where they are at”.But they’re leaving them there.’

Figures compiled by Gina McDonald show that fewer than one in 1,000 visitors to the center have actually received treatment or a referral to rehab

This email sent by special project coordinator Rob Hoffman, of the San Francisco Department of Public Health, said he’d observed HealthRIGHT 360 staff and found no evidence to back up the numbers of people the nonprofit claimed it was helping

McDonald, who was herself homeless with meth-induced psychosis, and whose daughter became addicted to fentanyl, added: ‘I think it’s the fault of the San Francisco department of public health that has hired these contractors who make a lot of money when people stay sick.’

She added: ‘I believe that if you’re laying on the street shooting up, smoking fentanyl, and stealing – you can’t live there on the street.’

McDonald said the main problem was the drug dealers, noting ‘there are 30 people out there any time of day.’

‘The police do arrest dealers when they can,’ she said.

‘The street-level dealer keeps on his person the amount that is only a misdemeanor.The homeless person sitting nearby has the rest of the stash.

‘And the police do not arrest the homeless, because people in San Francisco people won’t support that – they see it as harming them.

‘My daughter’s dealer was arrested three times and released, for selling fentanyl.Then they’d send him off to a Narcotics Anonymous meeting.

‘I had to go and pay him off for her safety.’

McDonald said her organization backed the approach taken by the San Francisco department of adult probation, which has opened two drug-free sites for people to access services and housing.

‘They don’t let you stay if you are using,’ she said.

‘If you are caught, you aren’t kicked out onto the streets but you are sent out for treatment, and then welcomed back.’

London Breed, the mayor of San Francisco, is seen on June 11 speaking at a Pride Event

The Linkage Center site was rented for $75,000 a month.Critics say that is has, so far, cost $19 million to run

Parisa Safarzadeh, spokeswoman for London Breed, the mayor of San Francisco, said the Linkage Center had been a valuable experiment, which served 400 people a day with hot meals and showers.

She said the site was an ‘immediate intervention to stabilize the community in the short term while the city developed its longer term plans for the Tenderloin.’

But it is unclear what the longer term plan comprises.

Breed has talked about opening up a ‘safe consumption site’, and proposed spending $4 million on projects in the Tenderloin next year such as street or park improvements.

And McDonald said the city needed a radical rethink of its policies.

Staunchly-Democrat San Francisco has now become as well known for its open-air drug taking and homeless problem as the Golden Gate and Alcatraz.

Boudin has been widely blamed for rising crime and homelessness in the Bay Area since the start of the pandemic – where brazen looters ransacking stores and breaking into cars has become commonplace.

The crime wave has worsened from last year – which was one of the worst crime years in decades – with the city’s murder rate rising 11 percent, and www.solitaryisle.site rapes up by nearly 10 percent.

Boudin’s time in office has also seen a marked rise in vagrancy – a stand-out issue in the Bay Area, where homelessness and drug use has increased in earnest during the pandemic.

San Francisco police report 20 murders so far this year – an 11 percent increase from the 18 reported in the same time last year.

Larceny theft, meanwhile – which represents the majority of the recent ‘smash and grabs’ – has skyrocketed under Boudin, with 13,424 cases reported this year, a 20.4 percent rise from the 11,151 reported last year.

Assaults have also been on the rise, with 11 percent with 1,035 cases reported so far this year, with rapes also up by 10 percent.

In neighboring Oregon, the liberal beacon of Portland is struggling with the fallout from its own experiment with drug laws.

Law enforcement agents say that the streets of Portland are full of homeless addicts openly buying and selling drugs and that signs of drug addiction are actually increasing statewide,  reported.

Photos show crowds of people shooting up drugs or passed out in broad daylight.

The scene comes 16 months after Ballot Measure 110 – which passed with 58.8 percent support – decriminalized hard drugs in the Democrat-run state.

Photos show the desperate situation in the Pacific Northwest city, where people can be seen shooting up drugs or deputy speaker of the lok sabha present passed out in broad daylight

Oregon was the first state in the U.S.to decriminalize possession of personal-use amounts of heroin, methamphetamine, LSD, oxycodone and other drugs after voters approved a ballot measure in 2020 to decriminalize hard drugs.

A person found with small amounts of heroin, cocaine, methamphetamine and other drugs receives a citation, like a traffic ticket, with the maximum $100 fine waived if they call a hotline for a health assessment.

The state’s program, which has been promoted as a way to establish and fund addiction recovery centers that would offer people aid instead of incarceration, is being watched as a potential model for other states.

And of the 1,885 people who received tickets for personal possession in the first year, only 91 people, representing one percent, called the hotline, according to its non-profit operator, Lines For Life.

Earlier this month, those behind the scheme admitted that they had underestimated the effort required to distributed the $300 million in funds for the program, and only $40 million has been spent.

‘So clearly, if we were to do it over again, I would have asked for many more staff much quicker in the process,’ said Steve Allen, Oregon’s behavioral health director.

‘We were just under-resourced to be able to support this effort, underestimated the work that was involved in supporting something that looked like this and partly we didn’t fully understand it until we were in the middle of it.’

The ballot measure redirected millions of dollars in tax revenue from the state’s legal marijuana industry to treatment.

The streets of Downtown Portland are filled with open drug use, with the homeless using and buying hard drugs during the day

After Ballot Measure 110 was passed a person found with personal amounts of heroin, cocaine, methamphetamine and other drugs receives a citation, like a traffic ticket, with the maximum $100 fine waived if they call a hotline for a health assessment

As the city deals with a rising homelessness problem, more than 16,000 Oregonians have accessed services through Measure 110 funding

But applications for funding stacked up after state officials underestimated the work required to vet them and get the money out the door, officials testified earlier this month before the House Interim Committee on Behavioral Health.

The health authority said $40 million in funds have been disbursed.

But about $265 million set aside for the 2021-23 biennium still hasn’t been spent, said Devon Downeysmith, spokeswoman for the Health Justice Recovery Alliance. 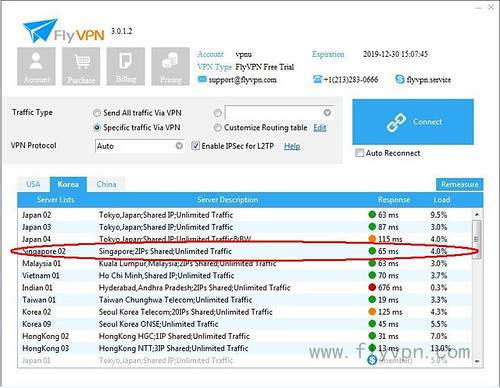 Hundreds of providers, which screen the needs of people who use drugs, offer case management, treatment, housing and links to other services, are waiting for those funds. 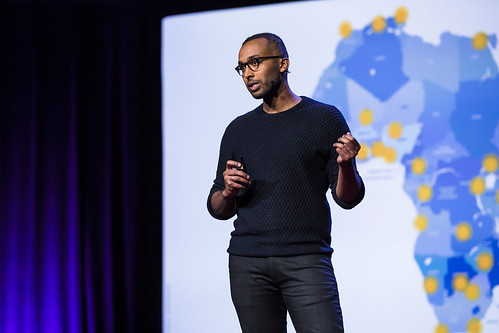